The Architecture of Public Truth 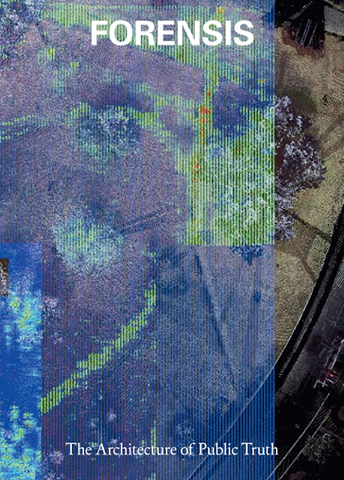 Forensics originated from the term “forensis” which is Latin for “pertaining to the forum.” The Roman forum was a multidimensional space of negotiation and truth-finding in which humans as well as objects participated in politics, law, and the economy. With the advent of modernity, forensics shifted to refer exclusively to the courts of law and to the use of medicine, and today as a science in service to the law. The present use of forensics, along with its popular representations have become increasingly central to the modes by which states police and govern their subjects.

By returning to forensis this book seeks to unlock forensics’ original potential as a political practice and reorient it. Inverting the direction of the forensic gaze it designates a field of action in which individuals and organizations detect and confront state violations.

The condition of forensis is one in which new technologies for mediating the “testimony” of material objects—bones, ruins, toxic substances, landscapes, and the contemporary medias in which they are captured and represented—are mobilized in order to engage with struggles for justice, systemic violence, and environmental transformations across the frontiers of contemporary conflict.

This book presents the work of the architects, artists, filmmakers, lawyers, and theorists who participated directly in the “Forensic Architecture” project in the Centre for Research Architecture at Goldsmiths University of London, as well as the work of associates and guests. It includes forensic investigations undertaken by the project and its collaborators aimed at producing new kinds of evidence for use by international prosecutorial teams, political organizations, NGOs, and the UN. It also brings together research and essays that situate contemporary forensic practices within broader political, historical, and aesthetic discourse.