Series of maps and data charts visualising the network of international courts and tribunals: their global reach, their functioning, their limits. Developed in conversation with, and largely based on data provided by, Cesare PR Romano and Karen Alter.

The first two posters (“Taxonomic Timeline” and “Compulsory Jurisdiction Across the Globe”) were published as fold-out inserts in the Oxford Handbook of International Adjudication (OUP, 2014), and were also used for the cover of the book.

A triptych version, including a third poster (“Universal Jurisdiction”), was exhibited in the show FORENSIS at the HKW, Berlin, 15 March – 5 Mai 2014. 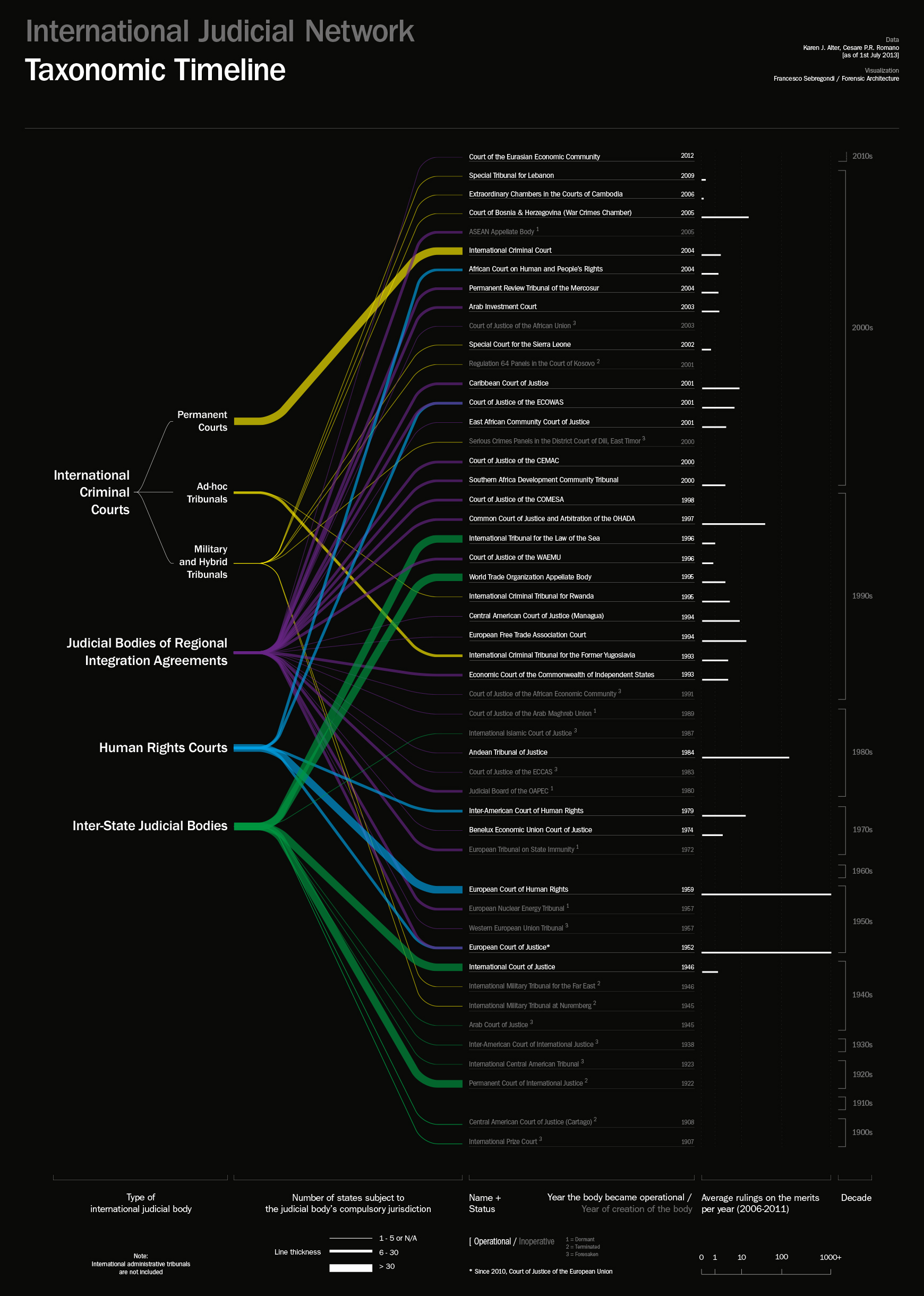 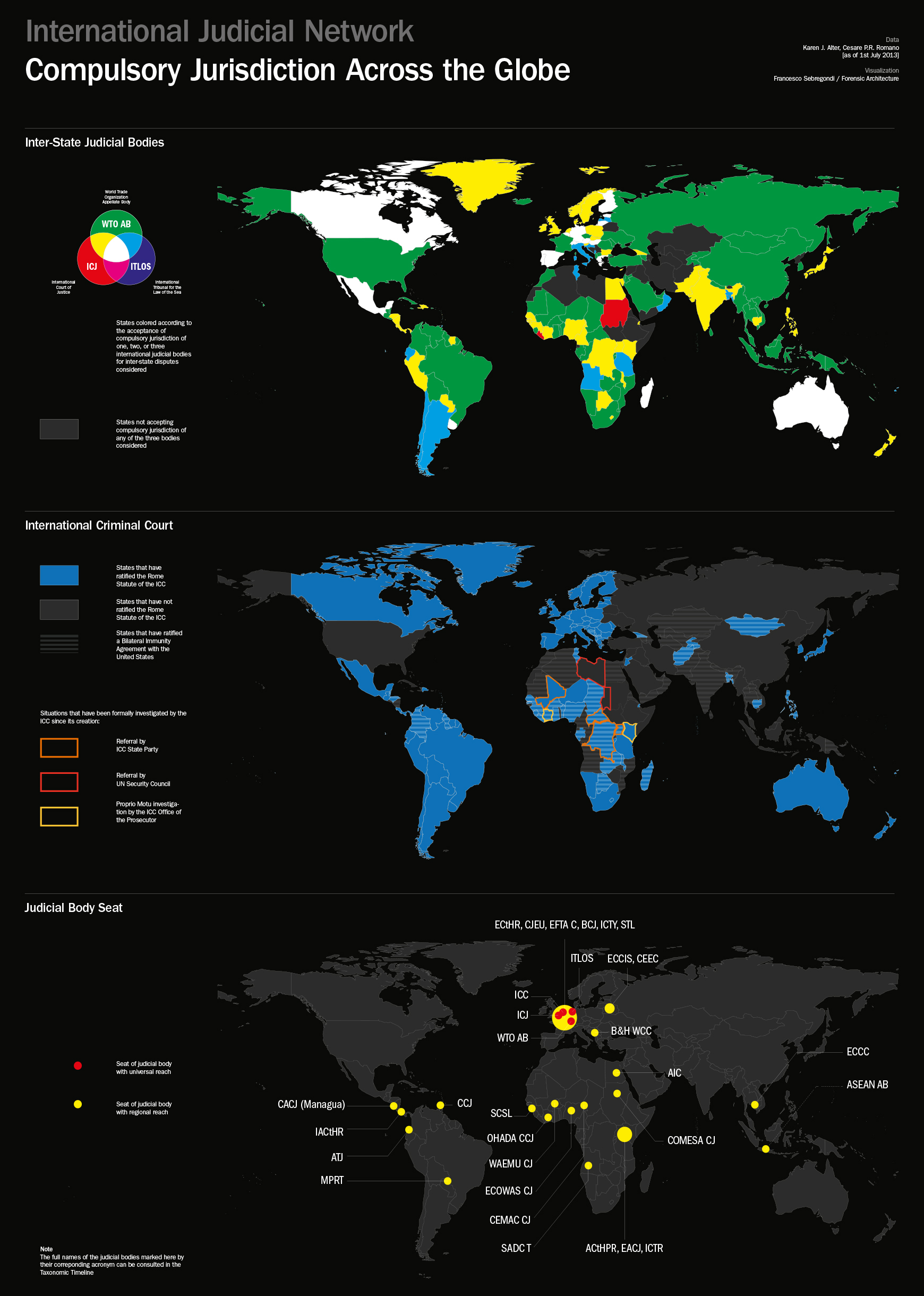 Compulsory Jurisdiction Across the Globe (2014) 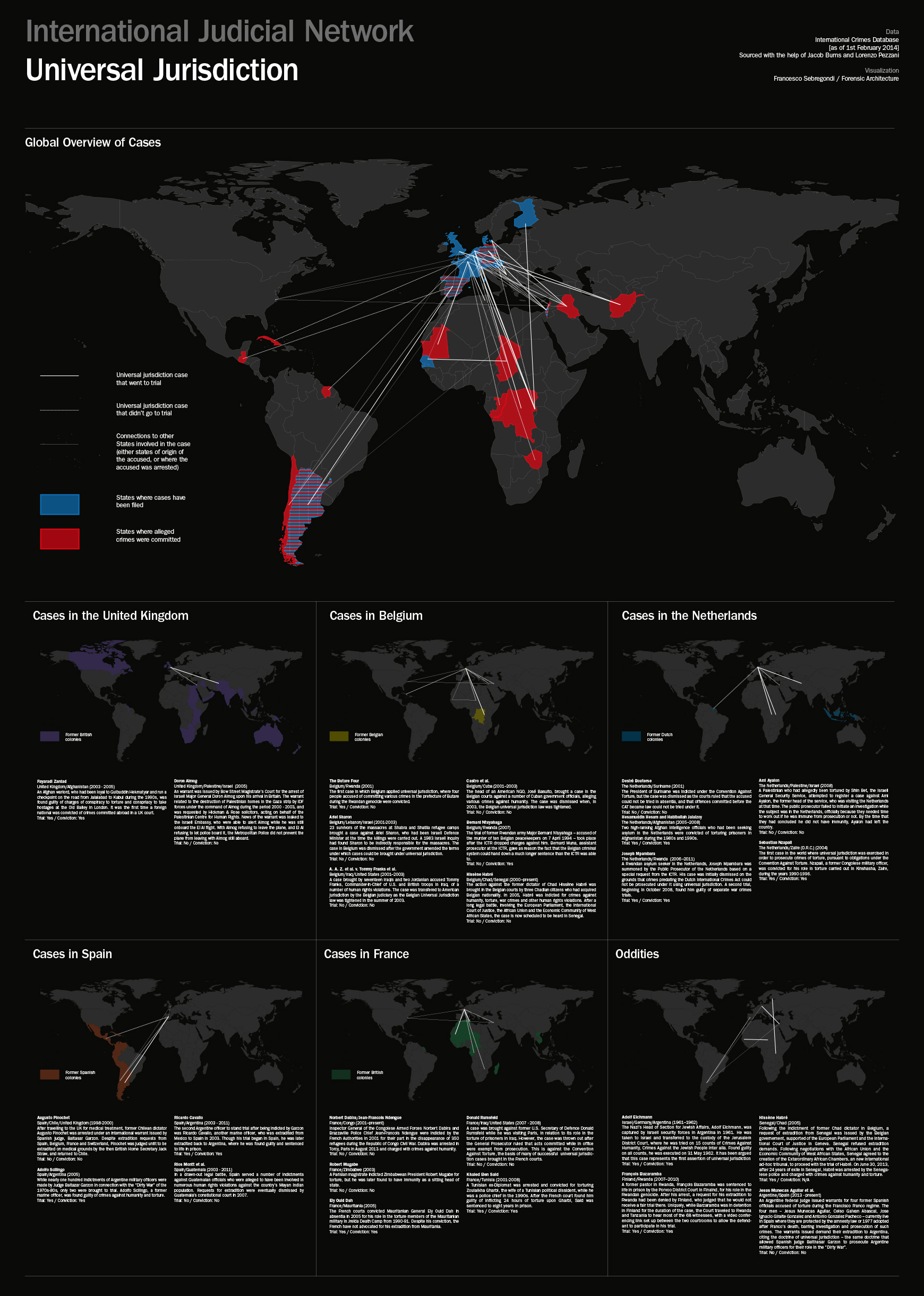