On the Political Representation of Violence 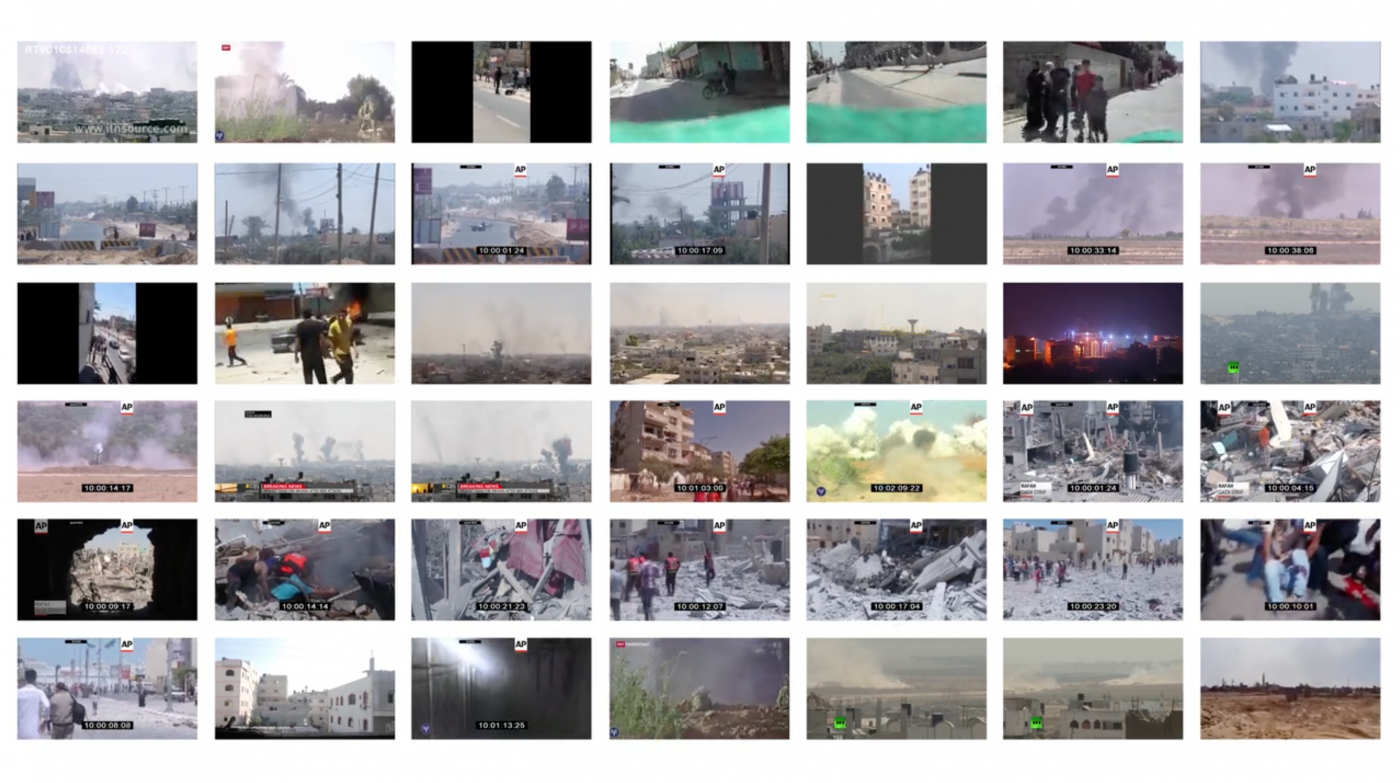 This paper starts from two remarks about contemporary armed conflicts: firstly, war is increasingly taking place in urban environments; secondly, war is increasingly captured in a multitude of images – from satellite imagery depicting the territorial impact of war, to photo and video snapshots of war events shared online by witnesses on the ground. Ongoing conflicts in Syria, Ukraine, and Gaza, are all cases in point.

I propose to examine how these new conditions of contemporary war are reconfiguring the way conflicts are perceived, represented, and acted upon. In particular, I will focus on the new methods that these conditions call for when it comes to: undertaking research on ongoing conflicts; investigating the violations of human rights and International Law that occur within them; campaigning for a halt to their destructive violence.

In order to do so, I will use the case-study of the latest war in Gaza (Operation Protective Edge, summer 2014), and present my on-going research around it – undertaken in partnership with Amnesty International, and in the framework of the project Forensic Architecture. This work is split into two tracks: on the one hand, the detailed reconstruction of specific events and alleged war crimes that occurred during the conflict, which will result in a series of public reports. On the other, a comprehensive, interactive cartography of the entire 50-day conflict, accessible as an online resource. Presenting a summary of this work will allow to argue how the urban and hyper-mediated conditions of war, combined with the emergence of new mapping, data-visualisation, and story-telling digital tools – open up radically new ways by which war accounts and narratives of war can be constructed and disseminated in the public sphere.

On the critical/conceptual level, the paper will engage with questions of scale – in particular, the articulation of the individual, harmed body, to the broader territory and apparatus of war. Can digital technologies and big data tools open up new mapping and representational strategies that allow not to choose between individuals and statistics, between the witness and the crowd – and instead keep them both in the same frame? Besides, what happens when the human witness’ testimony is combined and cross-referenced with the testimony of images and things – urban damage assessment via remote sensing, 3D-modelling of the built environment impacted, detailed analysis of photo and video footage of war circulated on social media, etc. What are the implications of this interweaving of human and material evidence for the political subjectivity of the victims of war?

The paper will conclude in stressing the contemporary relevance of mapping practices and experimentations, in order to develop a political aesthetics able to confront the challenges posed by the increasingly widespread and mediated conflicts of our globalised world.