Unearthing the histories of Staro Sajmiste and Omarska 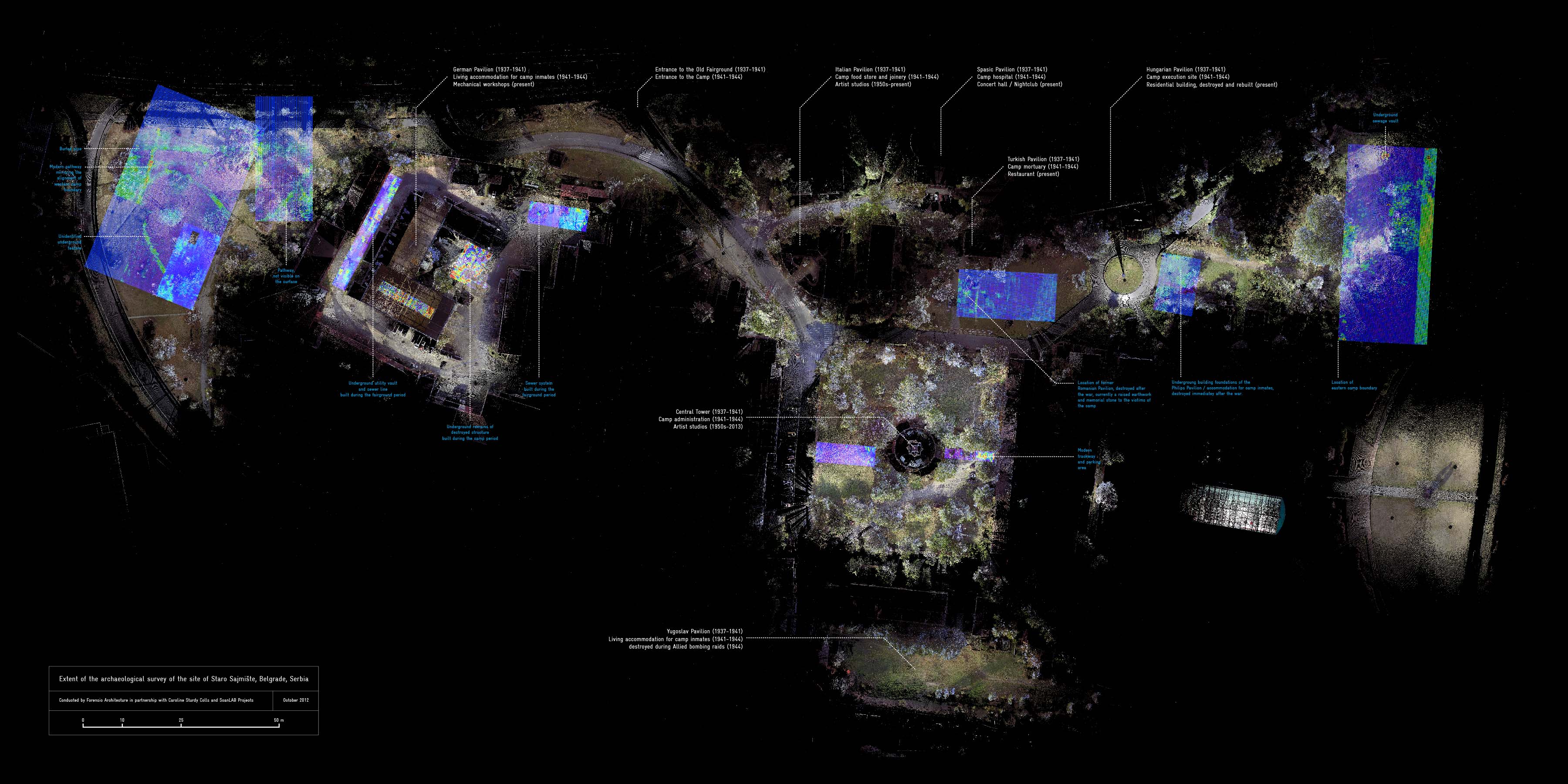 Living Death Camps describes the condition of two former concentration camps located in the territory of ex-Yugoslavia: the World War II-era camp of Staro Sajmiste, and the camp of Omarska, dating from the Yugoslav war. Both are presently inhabited and used for other purposes.

Living Death Camps names a collaborative project that seeks to investigate the complex material and political issues currently unfolding around these two sites, and to understand how the politics of commemoration in which each of them is embroiled.

Each of these sites has a complex and singular history, which we have undertaken to expose in our research. It is by addressing the specificity of each site that we sought to understand and intervene in the respective transformation of each site into a post-conflict site of commemoration. Starting from the acknowledgment that these two former death camps are presently inhabited and used, that they are places upon which the lives of many depend, we argue that it is a necessity for each of these sites to develop a project of commemoration that would remain responsive to the demands of ongoing life.

In an attempt to engage with this necessity and the difficult questions surrounding it, our research has turned to some of the methods of contemporary archaeology. Our forensics have surveyed and explored the multiplicity of events registered in the materiality of each site, without an a priori focus on the historical layer that the death camp has left behind. The material entanglement of historical layers in each site forms the ground upon which a call for a simultaneous attention to its present and pasts can be made.

An inverted symmetry emerges from the research we have conducted in each of the two sites. While in both our research culminated in the assembly of a public forum, in Staro Sajmište we opposed plans for commemoration that involved the eviction of its current residents, while in Omarska we demanded that the local community be granted the right to commemorate the tragic events that took place on the site – which is today occupied by a commercial mine in operation.