The effects of airburst WP munitions in urban environments 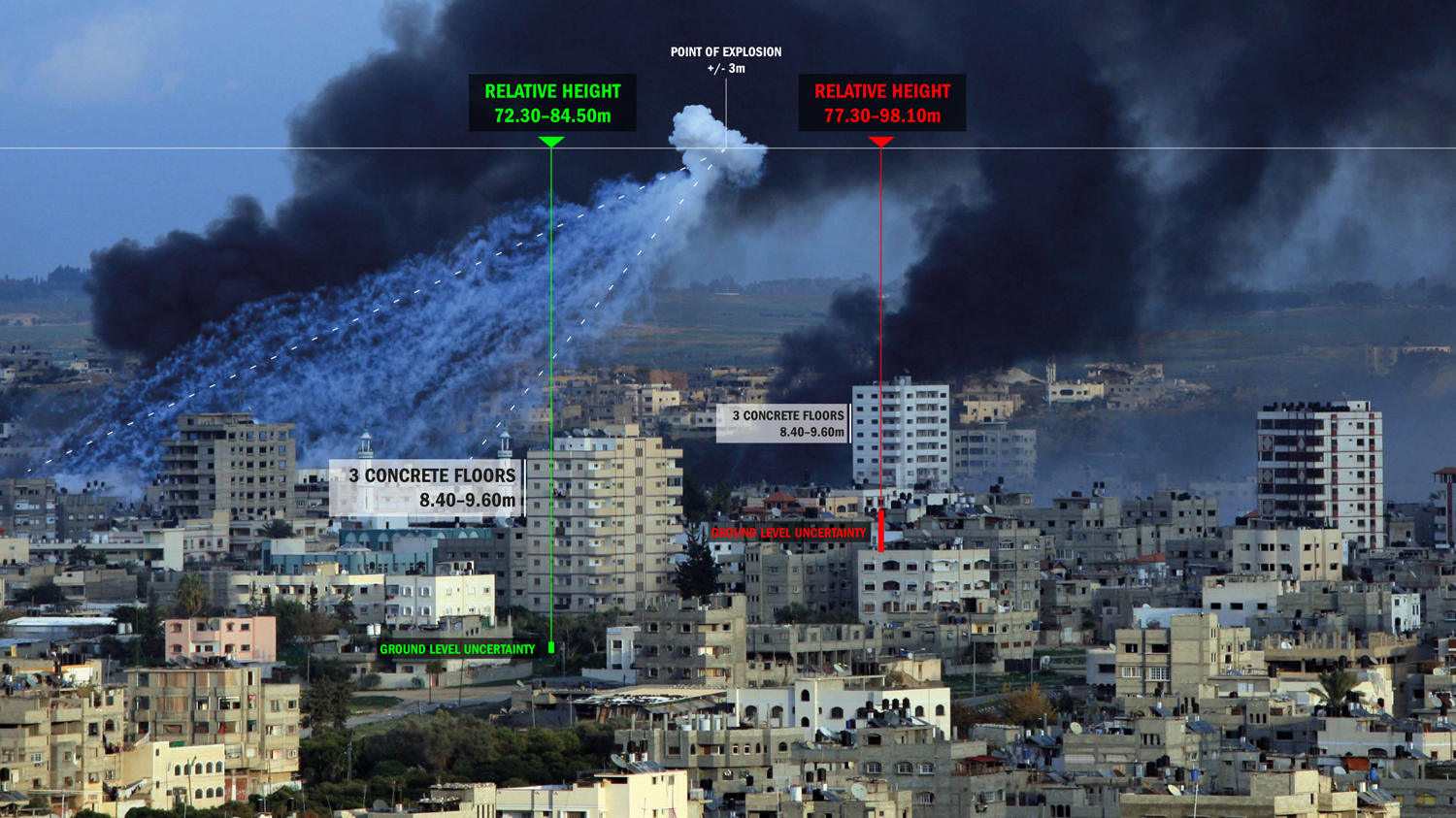 During and in the aftermath of the Israeli attack on Gaza of December 2008–January 2009, known as “Operation Cast Lead,” news reports have repeatedly shown images of a hitherto little known type of weapon. These images displayed airborne explosions releasing tentacles of smoking fragments onto densely inhabited parts of the Gaza strip. Alongside other images of the large-scale destruction of buildings and infrastructure, representations of these airbursts were some of the defining images of “Cast Lead.” Research by several human rights organisations, based on military expertise, witness testimonies, projectile debris found on sites, and medical reports of burn injuries, confirmed that the Israeli military were using white phosphorus munitions.

Because of its incendiary and toxic effects, the use of white phosphorus in populated areas is highly controversial. According to many international legal experts and scholars, it constitutes an illegal act as it effectively acts like a chemical weapon. Israel initially denied the use of such munitions. When confronted with undisputable evidence to the contrary, the Israeli military changed its position and confirmed the use of white phosphorus, but claimed that it only used it “in compliance with international law.”

In March 2011, as part of a concerted civil society action, the Israeli human rights group Yesh Gvul, represented by attorneys Michael Sfard and Emily Schaeffer, submitted a petition to Israel’s High Court of Justice demanding the complete ban of the use of white phosphorus munitions in populated areas by the Israeli military. It was in this context that the office of Michael Sfard asked Forensic Architecture to investigate the behaviour and effects of such weapons. The outcome of our investigation was a report titled “The Use of White Phosphorus Munitions in Urban Environments: An Effects-Based Analysis.”

The report was first presented in the UN Office at Geneva, during the Annual Meeting of States Parties to the Convention on Conventional Weapons (November 12–16, 2012). It was later submitted to Israel’s High Court of Justice, within the framework of Yesh Gvul’s petition. With the material in the petition generating a strong adverse public opinion, the Israeli military—prior to the final hearing of the case in the High Court—declared on April 25, 2013 that it would stop using white phosphorus munitions in populated areas. 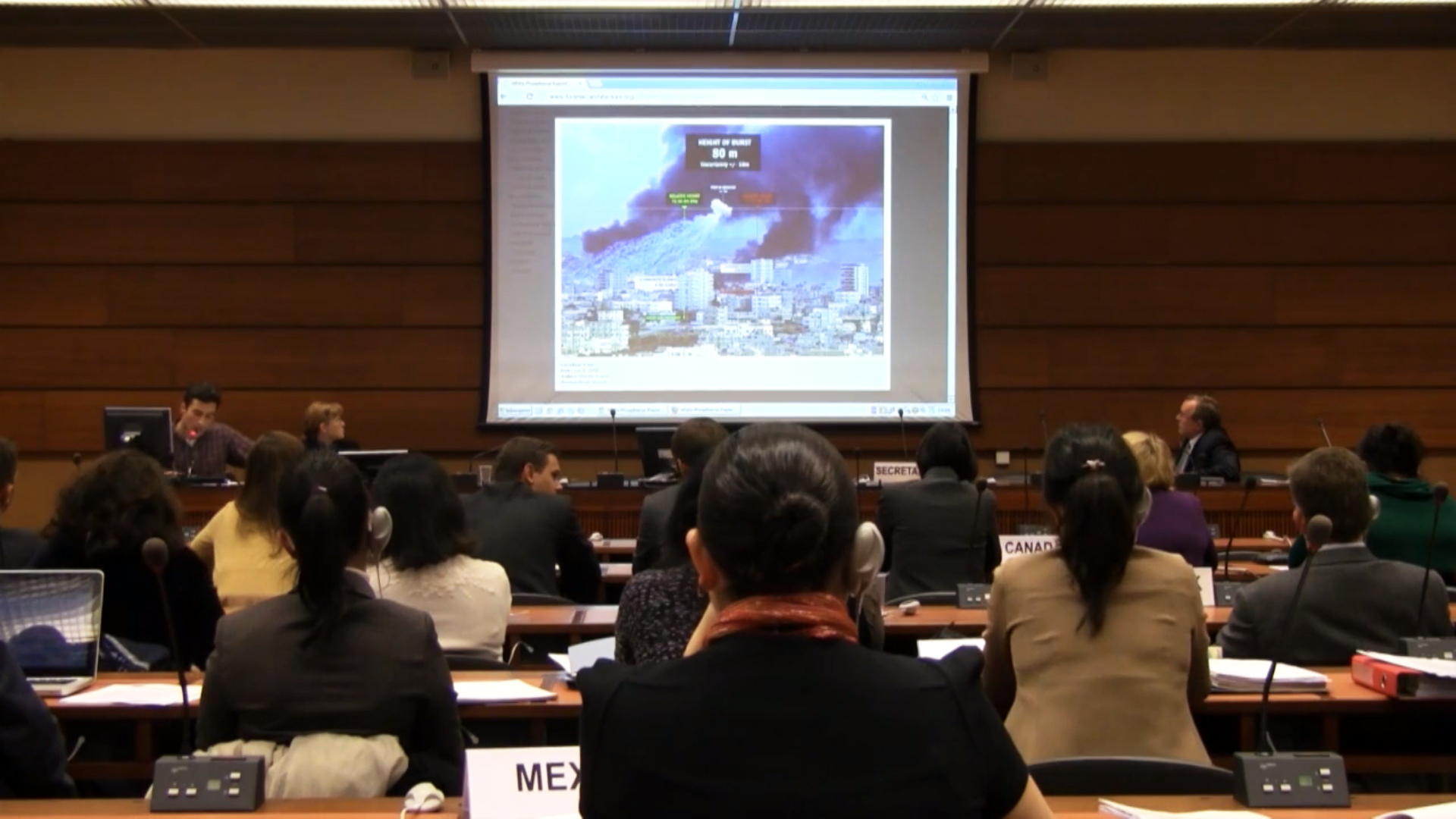